Few mandates for businesses when employees test positive for COVID-19

Many Georgians are weighing whether it’s safe to go out amid a resurgence in coronavirus cases.

From a legal perspective, it might not be as safe as people think.

For businesses that have reopened to customers, there are few federal mandates specific to COVID-19. State restrictions have been relaxed since earlier in the pandemic, and enforcement has been light.

Crucially, there are few hard-and-fast legal requirements for how businesses must respond if employees test positive. Many can remain open and don’t have to inform all employees or customers.

And late last month, Georgia's legislature passed a legal liability waiver that would make it much harder for workers or clients to sue businesses if they're infected. The bill, which still requires Gov. Brian Kemp's signature, specifies that businesses can post signs warning that people entering are waiving their civil liability. Businesses would be shielded unless plaintiffs can prove "gross negligence," a very high legal bar.

Kemp's current executive order, in effect until Wednesday, includes some requirements for social distancing and sanitizing at restaurants and non-critical infrastructure businesses, along with guidance for other businesses.

But between federal and state guidelines, “in some ways there’s not enough clarity. With clarity comes the ability to enforce,” said Kathy Harrington Sullivan, an attorney at Barrett & Farahany who represents employees. 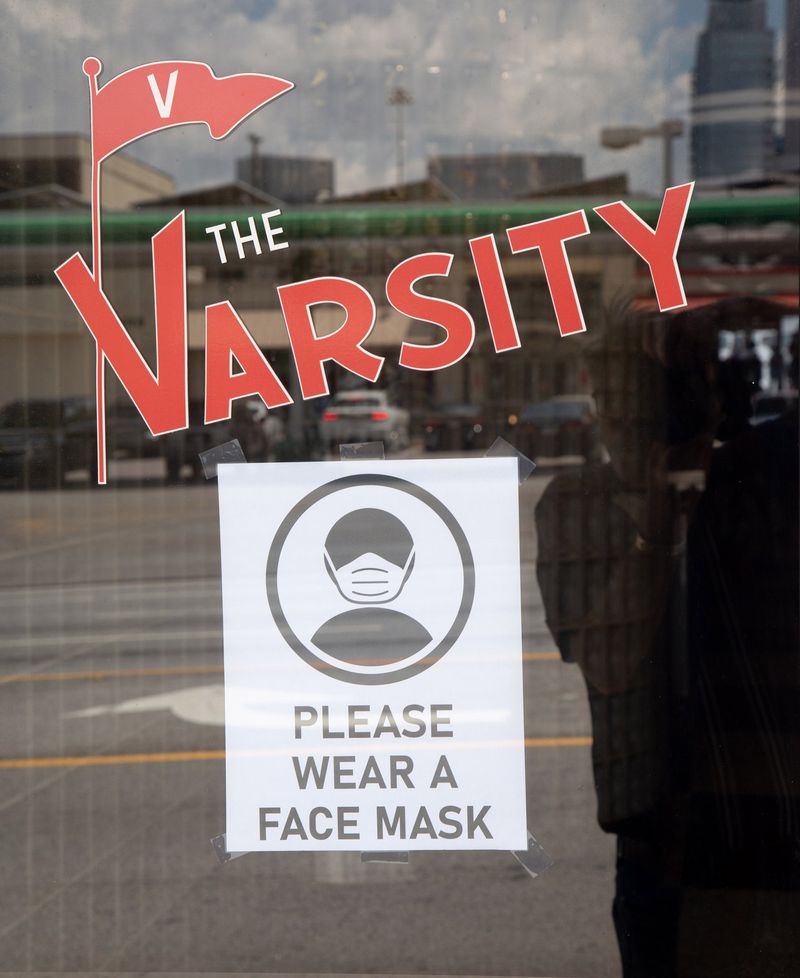 The state Department of Public Safety alone has responded to more than 2,400 complaints for possible violations, yielding 320 warnings including 21 citations to individuals and businesses.

If an employee is confirmed to have COVID-19, guidance from the Centers for Disease Control and Prevention says: "In most cases, you do not need to shut down your facility."

For workers in critical infrastructure industries — which includes grocery stores, restaurants, e-commerce and workers handling essential services in a variety of other sectors — the CDC advises that those potentially exposed to COVID-19 may continue to work if they remain asymptomatic and additional precautions are put in place.

That guidance is echoed by the Occupational Safety and Health Administration.  "Generally, your employer may require you to come to work during the COVID-19 pandemic," the agency said in response to a question about whether an employee must show up if a colleague was infected. 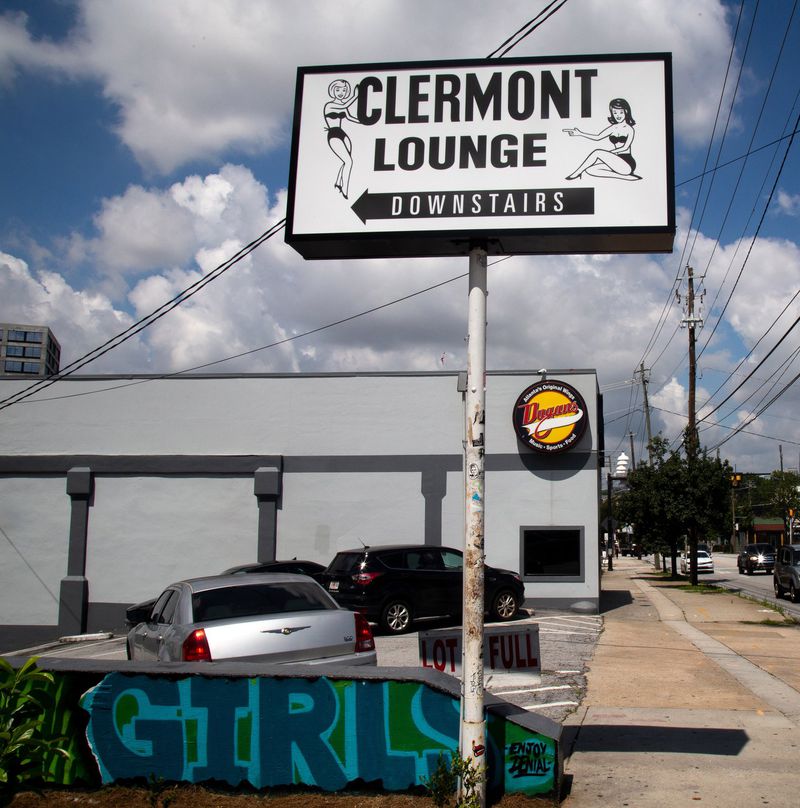 To be sure, a number of shops and restaurants have voluntarily closed on a temporary basis because of coronavirus in their workforce. On Thursday, The Varsity in Midtown closed for a day and has suspended carhop service for the first time in its more than 90 years in business.

Some businesses may be concerned about a negligence lawsuit if they stay open “and somebody goes there and ends up getting sick,” said Todd Stanton, principal of Stanton Law LLC, who represents corporations.

Even if it’s difficult to prove liability, “It’s the bad press of a lawsuit, it’s the cost of hiring your own lawyers,” he added.

The guidance from the White House, CDC and other agencies helps businesses come up with new practices for resuming normal operations. Critically, though, they are recommendations, not laws.

For companies, “there was a little bit of a void from the federal government as to what precisely needed to be done. So you had a lot of businesses going to great lengths to figure out what’s the safest way for me to operate,” said Jon Chally, partner at law firm King & Spalding, who represents many corporate clients. 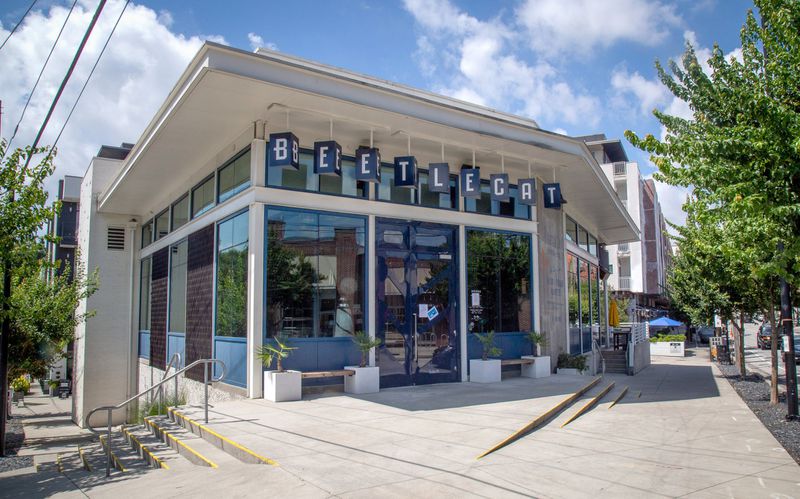 At the state level, Kemp’s current executive order calls for restaurants and non-critical infrastructure businesses to screen workers with symptoms of COVID-19 and keep them away from the workplace, along with a number of other safety measures.

However, “the governor relaxed the vast majority of restrictions on employers, even on restaurants,” said Fisher & Phillips attorney Howard Mavity, part of the law firm’s COVID-19 task force advising companies on workplace law.

The governor’s office says businesses aren’t required to notify everyone when a worker tests positive because of privacy laws and because the state Department of Public Health has “a robust contact tracing workforce” that uses test results to identify close contacts.

Georgia's contact tracing efforts have encountered numerous problems, though. Tracers do sometimes reach out to employers in close-contact industries to notify them a worker has tested positive, but some people being traced have declined to provide employment information out of fear they could lose their jobs.

Kemp announced a “Safety Promise” campaign July 6, saying businesses that “voluntarily agree” to follow state guidelines will get digital templates for signs and social media posts they can use “to share their commitment.” But authorities aren’t actively monitoring compliance.

Employees have more recourse than customers. Those who contract COVID-19 at work may be eligible for workers’ compensation. If they feel they are being exposed to a serious health or safety hazard, they can file a complaint with OSHA.

Nationally, OSHA has received thousands of COVID-19 related complaints about workplace safety issues, but does not always conduct an on-site inspection.

Workers and customers in Georgia could have fewer legal protections if Kemp signs Senate Bill 359 into law. The state legislation would shield companies from legal liability unless plaintiffs can prove "gross negligence, willful and wanton misconduct, reckless infliction of harm, or intentional infliction of harm."

Plaintiffs lawyers were initially wary of such legislation, fearing businesses could do whatever they liked, but the powerful Georgia Trial Lawyers Association later backed it.

The legislation “is not absolute immunity for businesses,” said Brett Turnbull, founder of Turnbull Law Firm, which represents plaintiffs. Examples of gross negligence could include doing nothing to protect employees if some tested positive, not providing personal protective equipment or not following public health guidelines.

For businesses, CDC guidance is the “golden rule,” according to Mavity. “That’s what you should be following, and if you’re not, you’re exposing yourself.”

According to Gov. Brian Kemp’s executive order, these are some of the requirements for non-critical infrastructure businesses continuing in-person operations: