After weeks of operating with off-premise service only to prevent the spread of coronavirus, three full-service operators shared their plans for getting back to business in a webinar about leadership last week, hosted by Nation’s Restaurant News in partnership with executive search firm The Elliot Group.

John Metz, CEO of the 23-unit neighborhood concept Marlow’s Tavern, based in Atlanta, started re-opening restaurants for dine-in at the end of April in Georgia.

And Chris Simms, founder of Costa Mesa, Calif.-based Lazy Dog Restaurants, with 38 units systemwide, was preparing to open restaurants in several states as restrictions were lifted.

The operators said they followed recommended state and health department guidelines for each location. But they also went above and beyond with the goal of keeping guests and workers safe while still creating a warm and hospitable dining environment. 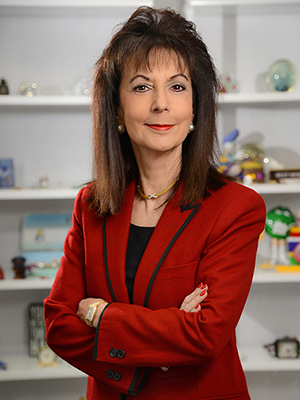 Moderated by Alice Elliot, CEO of The Elliot Group, the strategies described by panelists offer a glimpse into the post-COVID-19 world of full-service dining.

Arguing the restaurants that returned to dine-in first had a responsibility to demonstrate how it can be done safely, Metz said he installed a new air filtration system to the heating and air unit of all Marlow’s Taverns. The chain also installed sanitation stations throughout the dining room for both guest and team members to clean their hands. Between booths, plexiglass barriers further limited contact among guests.

A key factor was controlling the flow into the front door to minimize guest contact with other people, he said.

From a table out front, a manager encouraged guests to wait in their car or walk the neighborhood, rather than wait in line. Pickup/takeout service was handled on a patio, so guests didn’t have to encounter dine-in guests.

To limit cross contamination, rather than ask servers to help bus tables, as was the practice pre-COVID, Metz brought in more bussers to clear tables and ensure sanitation between each guest visit.

“It takes a couple of minutes to do what we’re doing, which is sanitizing booth backs, table tops, etc., to make sure everyone feels completely comfortable,” he said. 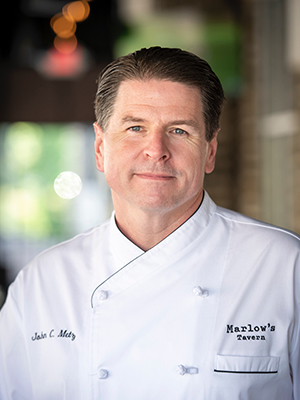 Metz said Marlow’s also switched temporarily to a team-service approach, increasing server pay to above minimum wage with tip pooling, at least for the first month. A goal was to minimize contact between guest and server — for now.

Simms said the restaurants that began to open for dine-in in early May were trying to strike the right balance between safety and hospitality.

“As we are making sanitation this No. 1 priority, we’re also trying to balance it with the guest experience,” he said.

His restaurants were working to make that experience as contact-free as possible, allowing guests to preorder and pay digitally and installing no-touch bathroom faucets. To encourage social distancing, certain tables were marked “designated for imaginary friends.”

In addition, Simms said Lazy Dog was adopting a reservation system for the first time to better stagger guests for the limited capacity. Team members were scheduled in cohorts so the same people work together, with the goal of limiting exposure to a more controlled group.

The chain, however, planned to continue its emphasis on takeout and delivery, offering family friendly meal kits and grocery items to drive traffic.

“There is definitely going to be a certain percentage of the population that doesn’t want to come out of the house. They want to remain at home, so I think there will be strong off-premise sales,” he said.

Barone said True Food was not necessarily jumping to open as soon as state governors gave the green light. Instead, she said company officials were listening to the teams and guests at the chain’s 23 restaurants open for takeout and to-go dining through the shutdown.

“We launch when True Food is ready, and when we believe we’re ready to bring back our teams and our guests into the building,” she said. 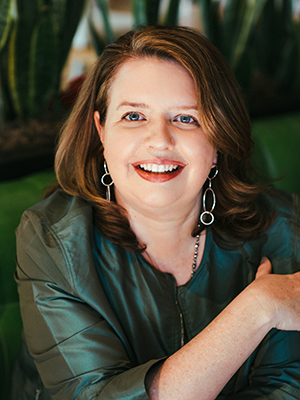 As the chain began bringing workers back, Barone, said communication was key.

“This is such a critical time to understand our teams’ needs,” she said. “Remember we’re all in a different place right now … taking time to understand how someone feels and what their situation is, having real conversations, is needed.”

Even as restaurants struggle to put in place guidelines that will govern operations for the months to come, looming on the horizon is the potential for a spike in coronavirus cases that could result in another shutdown.

But another spike in cases will come under vastly different circumstances, said Barone. There will be therapeutic measures identified by then, she argued, and more will be known about the way the virus works.

“We’ve gotten better about planning for the unknown,” she said. “And we’re going to get smarter and smarter about who this impacts and how this is transmitted. And as restaurateurs, we’re going to react to that and we’re going to continue to make our destinations awesome places and have the right scientific approach to what’s going on out there.”